Overcoming the Odds with Destiny & Josy 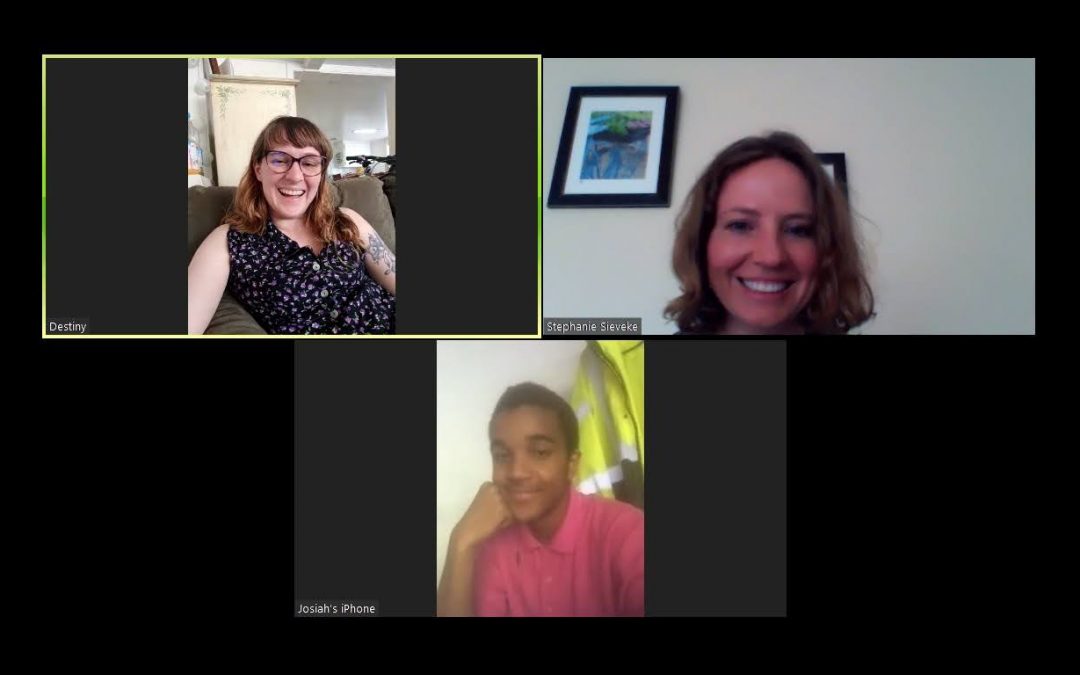 In August 2020 Juvenile Courts had shut down all across California due to COVID-19. Josy was about to turn 18 and had originally planned to apply for the Extended Foster Care and Benefits Program authorized by California Assembly Bill 12. The program is aimed toward youth who don’t have a guardian, and provides them with housing, support, and college financing.

However, in order to qualify the youth are required to apply before they turn 18. Usually application is a six-month process and with the courts closed and his birthday coming soon, everyone was telling Josy that gaining AB-12 status was impossible — and he was beginning to believe them.

Josy might have missed out on this incredibly valuable resource if it hadn’t been for his FLY Court Appointed Friend and Advocate, Destiny. Despite the time constraints and difficulties contacting court officials in the earlier days of the pandemic, Destiny pulled through and supported him in a way that no one else had done before.

The two met during the very first virtual FLY Zoom meeting for the CAFA Mentor Program when shelter-in-place orders were in effect. Both were extremely positive and upbeat characters, so they really hit it off — this was a match that made perfect sense.

For the next few months until the summer, however, the two struggled to keep in touch. Josy didn’t have a stable home so he was always on the move. That combined with the fact that he didn’t have a phone made communication extremely challenging at first. Then in July,  FLY was able to obtain funding to get him a phone and their relationship began to really thrive.

Destiny is an amazing volunteer. No matter what the event or need, she was there without fail. Her energy was contagious and passed on to Josy, who in turn became a regular face at every virtual event, whether it was a game night, movie night, or paint night. Destiny even once drove more than an hour to deliver the art supplies Josy needed to participate in paint night.

When asked how to describe the pair’s relationship in one word, FLY CAFA Mentor Program Lead Case Manager Stephanie said she would call it “bouncy.” “Destiny and Josy have so much love and support for each other. Destiny is always super persistent, and she’s always been able to reach him. Each time an obstacle would arise, they would both bounce back and grow even closer than before.”

Destiny said one of her favorite things is witnessing when Josy can open up and be himself in a group setting. He’s more confident and comfortable with himself. For example, when Josy joined the CAFA Mentor Program he went by “Josiah,” but now goes by “Josy,” a name that is more in alignment with who he is.

Josy also joined the Youth Advisory Board that is part of the Reimagining Public Safety Task Force of the City of Oakland. The YAB is supported by FLY staff and includes FLY youth as well as other youth from around Oakland. Josy is admired by FLY staff members who tell us that he never fails to participate in discussions. “He has a really strong voice and isn’t afraid to speak up, with plenty of passion to help other youth.”

Before FLY, Josy was on probation and was a senior at an alternative school. His home environment was incredibly turbulent, but Destiny provided him with the stable adult support figure he was missing. Since then, he has successfully graduated high school during the pandemic, completed probation, obtained AB-12 status, and is the first in his family to attend college.

In fact, one of Josy’s stipulations for a mentor was that he wanted someone “that can help me get into college.” Destiny provided him with all the support he needed, and is so proud that he is currently attending Merritt College in Alameda and aims to study sociology.

Outside of FLY, Destiny works as an attorney and loves to spend her extra time on painting and other arts and crafts. Her creativity is one of the main reasons she was matched with Josy, along with her easy-going personality and ability to connect with even our most quiet young people.

About how this mentoring experience has changed her life, Destiny said, “It really put into perspective that I am helping however he needs me to. I can slow down from the busyness of my own life and listen to him and his goals and needs. I remember how much he has accomplished and I am so proud. I’m just thankful for this opportunity and I know how much he appreciates the support, too.”