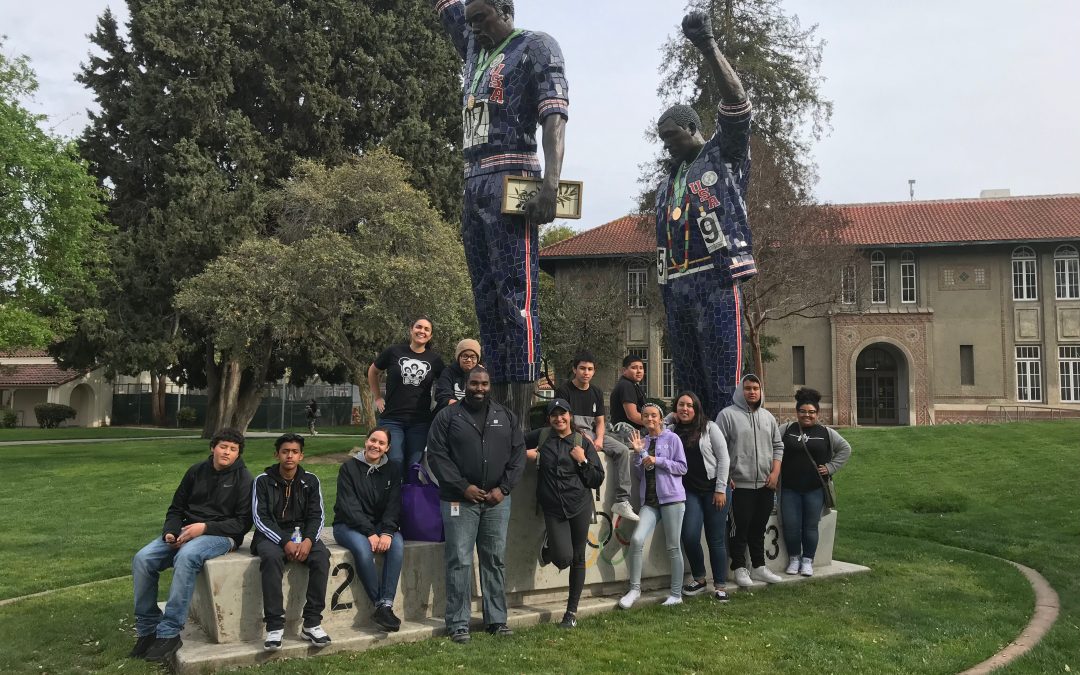 For years, FLY youth have said that if they had FLY in middle school, they probably wouldn’t have made the same choices. Responding to the need, FLY developed its Middle School Program, a combination of law-related education and one-on-one case management and coaching for young people ages 12-14.

FLY’s Middle School Program focuses on intervening early in the school-to-prison pipeline, which disproportionately impacts youth who experience various forms of exclusion and marginalization, such as poverty and racism. Youth facing these and other risk are more likely to disengage from school and become involved in the juvenile justice system.

To illustrate the impact of this program, we wanted to share a story with you of a FLY Middle School Program youth, “JJ.”

FLY youth JJ was referred to the Middle School program after being expelled from his school district and placed on informal probation. JJ, his family, and the probation department agreed he should work on his critical thinking and positive communication skills and re-enroll in a traditional school.

JJ met regularly with his FLY Middle School Program case manager and never missed a meeting. Together, they came up with a plan for him to get re-admitted to a traditional school. In the meantime, he participated in independent studies through his school district, completing all his work, often on his own at home. JJ also completed his community service hours through FLY.

JJ has completed all of his requirements to get back into traditional school, and still has a lot that he wants to accomplish in his last year in middle school: attending his 8th grade promotion ceremony, keeping up his good grades, and continuing with kickboxing.

“We are confident that JJ will accomplish all of these goals,” says Kris Scott, FLY’s Leadership and Middle School Programs Manager for Santa Clara County. “We are so proud of JJ and can’t wait to see what is next for him.”