How Our Youth Inspire Us: Noemi’s Story 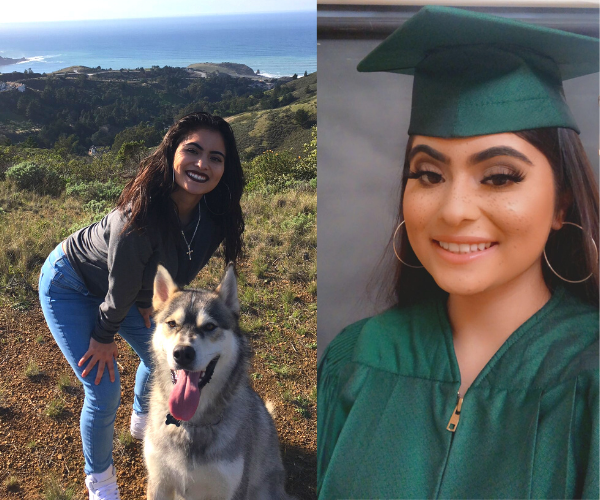 At FLY, we love sharing personal success stories to illustrate the determination and hard work of our youth. This is the story of Noemi, who participated in our Law and Reentry Programs and overcame many challenges to prove that she can build a bright future for herself.

Noemi was introduced to FLY’s Law Program as a young teenager on probation. When Melissa, FLY’s Law and Reentry Program Manager for San Mateo County, met Noemi she saw a young girl with so much potential, who was only lacking a proper support system.

One particularly significant moment during Noemi’s time on probation came when she and Melissa ran into two officials after a day at court. They said to Noemi, “We’ll keep seeing you here – you’ll keep coming back.” Their certainty was wrapped in several preconceived notions of who Noemi was, and Melissa said it was jarring to witness how confident they were of her failure. After this encounter, she turned to Noemi and asked whether she believed them. Noemi replied confidently, “I’ll prove them wrong.” And we just knew she would.

During that year in FLY, Noemi completed the Reentry Program and graduated from probation. She took advantage of every opportunity that FLY gave her: social events, youth focus groups, a spoken word presentation to the FLY Board of Directors, and even being listed as the youth reference in FLY’s probation grant application (which continues to this day).

Now, nearly four years later, Noemi is graduating early from high school, has been promoted to Team Leader at her job, has earned her driver’s license, and has already applied to her top four universities choices. She recently found out that she’s been accepted to San Jose State University and is currently waiting to hear back from the others.

FLY’s confidence and support in Noemi never wavered, and it is truly inspiring to celebrate all of her accomplishments in spite of the challenges and obstacles. As Melissa said, “We are so lucky to be a part of our young people’s lives in truly incredible ways. To everyone who has helped FLY, know that your support has been meaningful and pivotal. We can’t wait to see Noemi accomplish even more!”