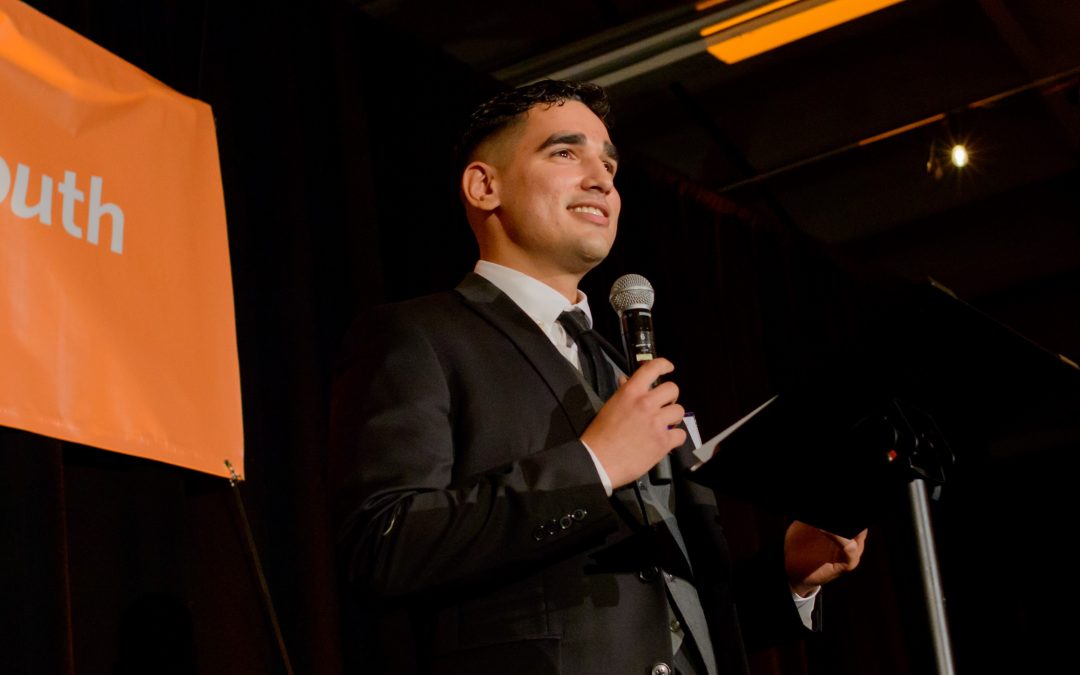 The following post was written by FLY’s Policy Fellow, Brittney Johnson, M.Ed., who will be profiled in an upcoming blog.

“FLY has nurtured me into a young professional and leader; they’ve cultivated my skills in working with youth, public speaking, facilitating groups, and social emotional health for years!”
– Nick Jasso

Last week, I had the honor of interviewing our Youth Voice Policy Fellow, Nick Jasso.

Nick and I met in the summer of 2020 as we began our onboarding together, and I soon came to learn that he was already knowledgeable about many resources FLY had to offer because he was an integral part of the FLY Family. Once Nick graduated from FLY’s programs, he continued to serve in any capacity needed and became somewhat of a rock star here. His contributions included taking on a leadership role for the FLY Law Program by sharing his experiences with students, supporting with youth on Leadership Program retreats, and being an alumni member of FLY’s Speech Committee. As part of Speech Committee, many FLY supporters have heard him speak at our major events over the years.

When I asked how Nick found FLY, he responded that it was actually FLY who found him through their Law and Leadership programs. His first impression of FLY was of FLY leaders who – unknown to him at the time – were dressed as officers making an “arrest” of a student in his class. They then came back to explain what rights students had under the law in that situation. This moment engaged Nick, causing him to join FLY and in his words, “fall in love with…and never leave this organization.”

As his time in the programs came to an end, Nick became a student at UCLA while maintaining a relationship with the FLY Family. While in school he continued to focus on policy reform and amplifying the voices of youth in his community. So when a position opened up to work with FLY’s Systems Change Task Force, it was an easy decision to apply in order to “give back to the place that invested so much in him.”

Currently as the Youth Voice Policy Fellow, Nick provides feedback on research for juvenile justice organizations and other influencers, supports FLY youth and alumni to ensure that their voice is reflected in our work for systems change, collaborate with FLY’s Communications Department, and lead participatory action research with FLY youth and alumni. This year, Nick plans to continue identifying potential system change partners and create public speaking and civic engagement workshops for FLY youth. He is also holding focus groups to hear the perspectives of young people on issues in their communities and the changes they want to see.

Nick is a fun-spirited, passionate, and kind-hearted addition to FLY. Outside of school and working for FLY, Nick enjoys immersing himself in new cultures by traveling and trying the food that culture has to offer. Additionally he is a part of the global Jiu Jitsu community and enjoys having the opportunity to train and spar here at home and in the many places he travels to.

Nick has been an amazing addition to FLY, bringing in his own knowledge and experiences to better serve and meet the needs of the our youth. It has been my pleasure to interview and work alongside him on the FLY Systems Change Task Force!