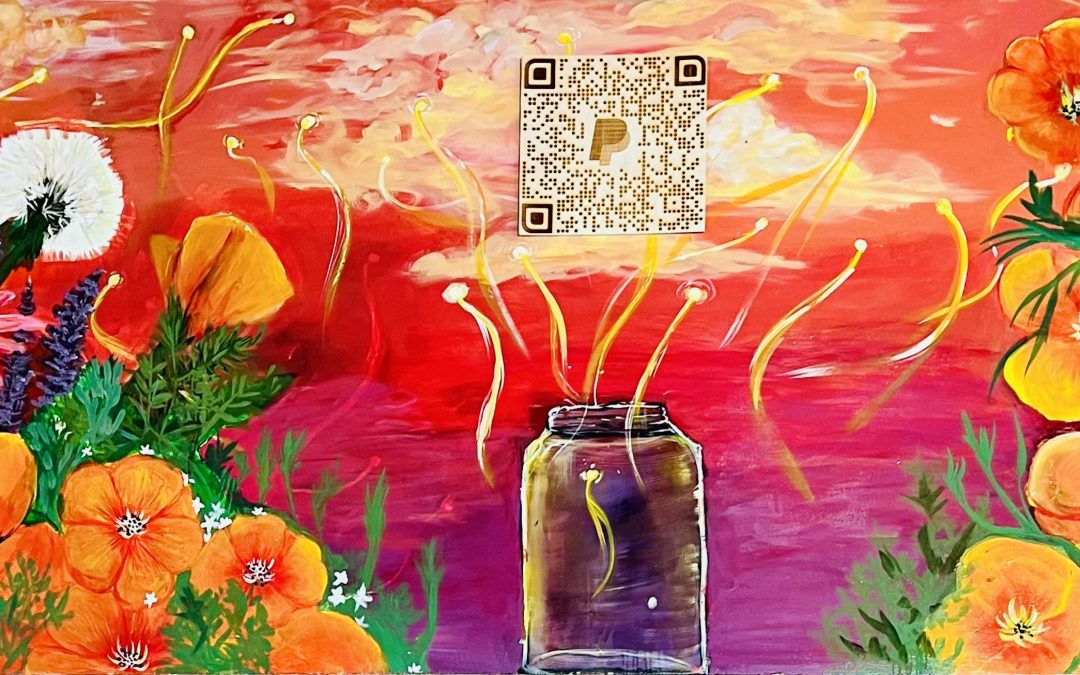 FLY is thrilled to announce that we have our very own FLY mural located at Pinewood High School in Los Altos. The students of Pinewood High approached FLY with the idea of creating a mural highlighting a community organization to raise awareness as well as support with donations. This mural was designed and painted collaboratively by the students of Artruistic and Kianna, a FLY alumni and FLY’s resident artist.

Artruistic is a nonprofit organization dedicating murals for change. This group was founded by students who wanted to make a difference in their community through art. Together with Kianna, the members of Artruistic designed a beautiful mural, with each element symbolizing something about FLY’s work. Fireflies represent our youth, full of light and potential, flying away from the systems and situations that held them down, and lighting their way to their dreams and goals. The poppies represent California, where FLY operates. 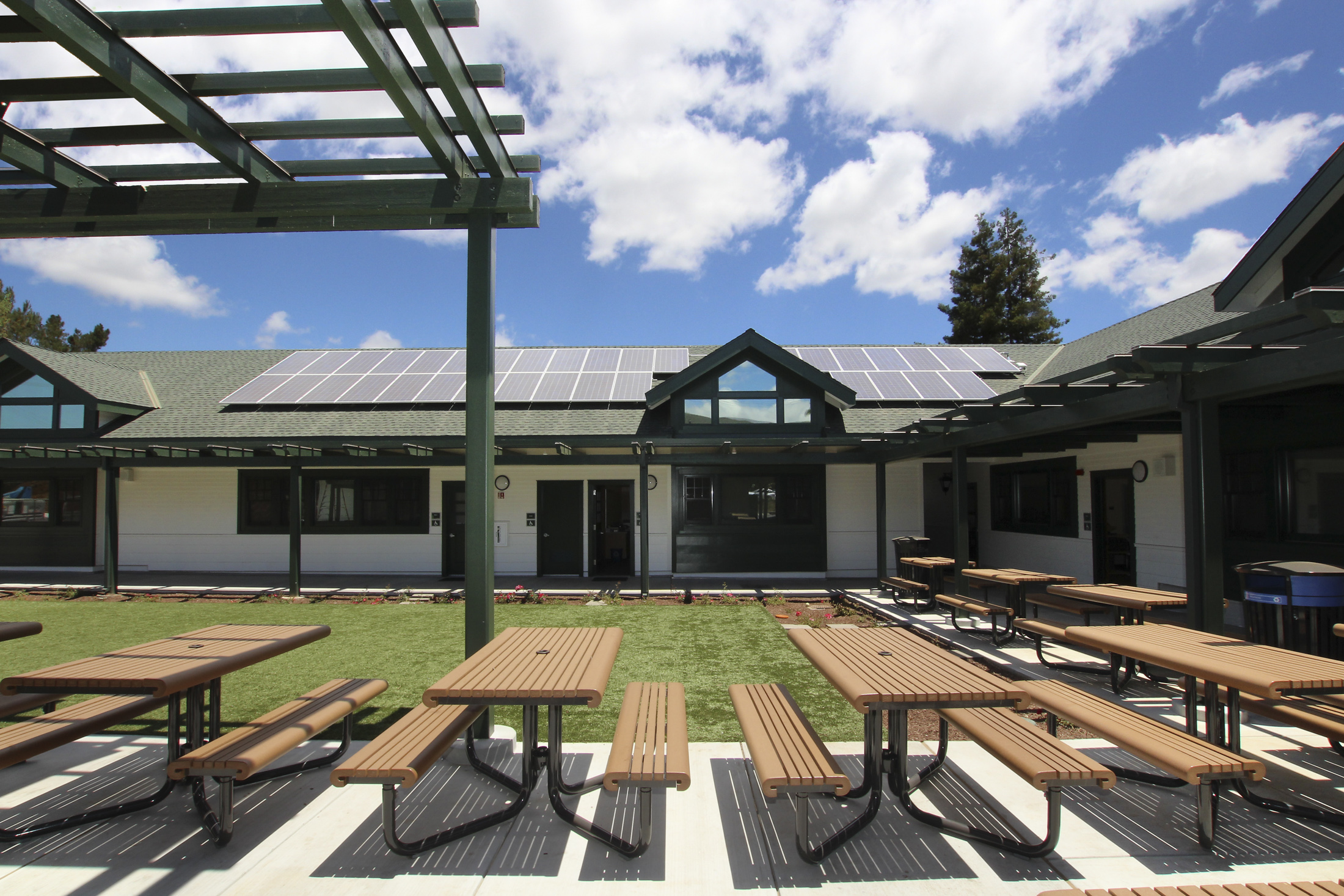 We reached out to Oscar, a youth founder of Artruistic, to learn more about their goals and why they were inspired to work with FLY.

In designing the elements of the mural, what were you hoping to convey?

“There are three major symbols within our mural: the numerous fireflies, the jar at the center-bottom of the piece, and the California poppies. For our group, the luminescent fireflies represent the hopeful FLY program participants who are aspiring towards “reaching the stars” in order to create a better future for themselves outside of the justice system; going further into detail, our group specifically chose the use of fireflies because we feel the light which such creatures protrude is a great symbol for the hope and light for which FLY program leaders and staff imbue into those within our community in need. In contrast to the fireflies is the mason jar; one of the few rigid objects within the mural, the mason jar represents the strict juvenile justice system which often fails to help the youth it purportedly serves — hence the necessity for organizations such as FLY to lead youth out of the mason jar and into the fluid, vibrant, real world. Finally, the California poppies act as a homage to FLY’s home in California, acting less as a symbol of the mural’s narrative as much as a historical reminder of who and what this mural serves.”

Why did you feel the need to elevate FLY’s work?

“Beyond the fact that FLY is a fantastic organization doing real, impactful social justice work that anybody would be lucky to work with, our group has two reasons for working with FLY. First, with the massive rise of the Black Lives Matter movement and other social justice movements since 2020, many issues affecting minority and other subjected communities — namely the unjust American incarceration system and police violence — have become pressing issues which people are demanding to be and (some) politicians are willing to have fixed. Second, Artuistic member Myles Fox has extensive experience in dealing with incarceration justice; working on a capstone project in 8th grade in which he attempted to draft a law in order to amend some of the injustices within the American justice system, Myles brought a lot of knowledge about the issue into our group, and so when it came to choose which social justice issue to address first, the obvious choice was addressing the American incarceration system. In the end, with some research by Artruistic member Ella Aspinall we came across FLY, and we’ve been partners ever since.”

What is your goal, why is it important, why did you feel the need to create Artruistic?

“The goal of Artruistic is to combine new technological-commercial products with creative, artistic mediums in order to fuel positive social change. These past couple of years have seen the American zeitgeist and landscape transformed in many stark, fundamental ways: from the rise of and struggles with new technologies such as quantum technology and self-driving cars, to the rising commercial success of QR codes, to the rise and rejuvenation of major social-political movements such as Black Lives Matter and the #MeToo Movement, and much more. Unfortunately, due to the privileged status of the community our school resides in (the Los Altos-Los Altos Hills area), many of these major social movements have had minimal reverberations in the social fabric of our locality. With Artruistic, we seek to change that. By putting social issues at the front and center within our educational institution and our community through our beautifully crafted murals, we hope to cause a moment of reflection within our community such that our community will decide to make change in a positive direction (either by more actively supporting national and global social movements, or by addressing related local social justice issues).”

The mural is located at the Pinewood High upper campus, 26800 Fremont Rd, Los Altos Hills, CA 94022 and will remain there for approximately a year.

This is yet another example of the inspiring power and leadership of young people, and their ability to connect our communities through creativity, hope, and action! We would like to extend our gratitude to the youth at Artruistic and Kianna, for sharing their amazing talent for the good of their community.