FLY Program > About > News > FLY IN THE NEWS: Nick Jasso

FLY IN THE NEWS: Nick Jasso

CATCHING UP WITH NICK 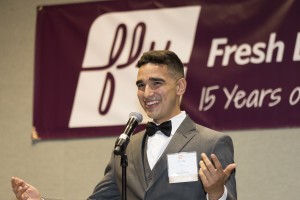 When FLY Alumnus Nick first began his volunteer work with AmeriCorps National Civilian Community Corps, he thought there was no way he could climb a 24-foot ladder. “Then I thought back to the ropes course at the FLY Leadership retreat, and all the other ways FLY taught me how to conquer my fears and get out of my comfort zone, and I knew I could do it,” he said.

Climbing two-and-a-half-story ladders is just one of the remarkable things Nick is doing these days. Since graduating from FLY, he has put his new skills and natural talents to work locally as a FLY volunteer and advocate for justice reform, and nationally as an AmeriCorps volunteer.

AmeriCorps volunteers are usually young people who rotate through service assignments designed to help people in need throughout the country.

Nick spent his first AmeriCorps rotation in Texas, where he helped flood victims get relief services. Having recently completed that assignment, Nick has moved on to Colorado, where he will continue his education as a firefighter, the career he dreams of having.

When he returns to the Bay Area this July, Nick will resume volunteering as a FLY ambassador and speech committee member with fellow FLY alumni. He is looking forward to being back with his grandmother, who has been so supportive of his efforts, and resuming his studies in the College of San Mateo’s Fire Science Associates’ program. Nick’s work these days has one thing in common: interacting directly with people. “The reality is I don’t really care what kind of work I’m doing as long as I’m meeting people, connecting with people, helping them,” he said. 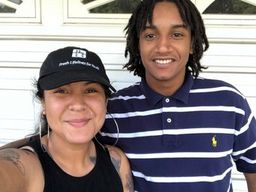